Audi is one brand whose owners have a certain pride in their possession. Well, they are bound to have that pride since it is one of the best car brands in the world. Recently, at the global summit in Barcelona, Audi launched one of its most awaited cars, the A8 L Sedan.

This one is a revolutionary car in its fourth generation with exuberant interiors and sleek exteriors. What’s new in this car is the level 3 autonomous driving which is new for any automobile in the industry. Its been only a while after the launch and its already ranked highly in the super luxury cars list.

Efficient but not lacking in power

The new Audi A8 L 2018 is already showing great performance. The engine is quite powerful as discovered as it’s a fuel-efficient base engine. You can expect 333 from the base engine and the power output goes up to 605 horsepower in the higher trim levels. With a more than an adequate base engine, the A8 offers an 8-speed automatic transmission. The car is great on the highway and even in the city when it comes to mileage. You get 29 mpg on the highway while the 19 mpg in the city is a little above average. 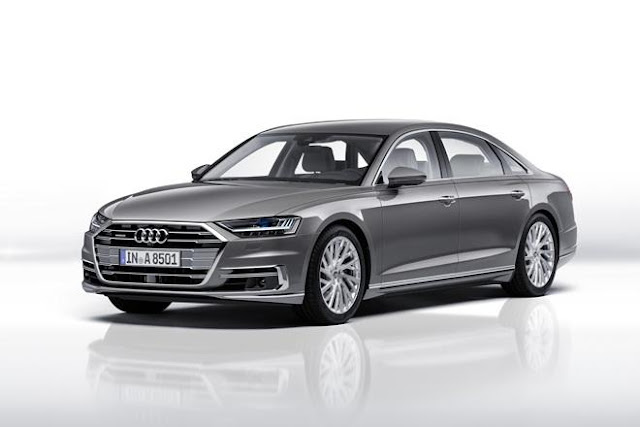 The interiors of the A8 L Sedan is what makes it’s the luxury cabin it is. One can easily seat five people in this luxury car with every occupant being treated with a luxury experience. The extra leg room that the rear passengers get is totally worth along with many other features. The long wheelbase results in generous in-cabin space for the passengers. The wood trims and leather seats really live up to the potential of the car along with things like aluminum accents. 2018 Audi A8l msrp starting from $82,500 and going up to $92,500, and is available in two trim levels.

The exterior design of the car has been inspired by the prologue concept that was introduced back in 2014 and now has been re-introduced in 2018 through this luxurious car. The front-end design which includes single frame grilles is what gives the car its sleek look along with the laser headlamps that give it its conventional lamp. Obviously, you can’t expect too much deviation from the Audi A8 collection and it is instantly recognizable as well.

Packed with features to keep you safe

Audi A8 L is equipped with a standard rear view camera, front and rear parking sensors. And added bird’s eye view camera is also available for you in this car to add that extra security to the car. Many other features like night vision assistant, stop and go abilities and lane keep assist are some that are there in previous models as well as in this one.

Considering each and every aspect of the new Audi A8 L Sedan there are many things that are definitely there to look forward to. You can definitely say that it is a good car and one that redefines luxury in its own way.