TRENDING NOW
Right Age to Give Spinach to Babies – Its Benefits, Uses and Precautions | 10 Vitamin C Serum for Glowing Skin to Buy Right Now | 10 Skin, Health and Hair Benefits of Walnut Oil | Best Ways to Remove Scalp Buildup According to Dermatologists | 10 DIY Homemade Packs for Blackhead Removal | Plan a Bangalore Wedding Within 3 Months or Less | 15 Most Effective Acne Treatments According to Dermatologists | Best Remedies for Dry Elbows According to Dermatologists | Why Should you Invest your Time and Money in a Good Engagement Ring | What is psoriasis? Its Causes, Symptoms and Treatment | What is Skin Cycling? Should you add this Skin Care Trend to Your Routine? | Super Foods for Beautiful Hair | 10 Types of Super Easy ‘2 Minute Hairstyles’ for Girls | 10 Gorgeous Hairstyles for Round Faces | Simple Hand Care Tips At Home | For me, watching TV series and different shows have been a great time pass. They make me feel happy and give me something to look forward to after the whole day’s tiring work. Though I like many TV channels and shows one of my most favourite TV channels is ZEE TV. I have been a great fan of ZEE TV serials since my childhood. What I like most about the ZEE TV serials is their powerful storyline and the way they engage the viewers. Here, you can easily find different variety of shows such as drama, reality, horror etc. and the list goes on.

As I already mentioned that I have a lot of favourite shows but here I would like to mention some of my favourite ZEE TV shows such as Zindagi Ki Mehek and Pavitra Rishta.

Coming to Zindagi Ki Mehek, which was aired on ZEE TV and ran for two seasons from September 2016 to September 2018 with 505 episodes. The day it ended I felt something was missing as it was the part of my daily routine for two years and I have been watching it regularly. It was close to my heart as I am a great fan of cooking (and eating of course) and I am also a little shy like Mehek so I could easily relate to her character in Zindagi Ki Mehek.

Now I recently got to know that ZEE5 is revisiting Zindagi Ki Mehek online and I am extremely happy for the same.. Also, to mention that I somehow could not watch some of its important episodes earlier, so I was waiting for ZEE TV to air it once again from the beginning. But now I feel so relaxed that I can watch this TV Series online on ZEE5. It is really thrilling.

Now I can easily stream any season or episode of Zindagi Ki Mehek and my other favourite shows such as Pavitra Rishta and those which I missed earlier. 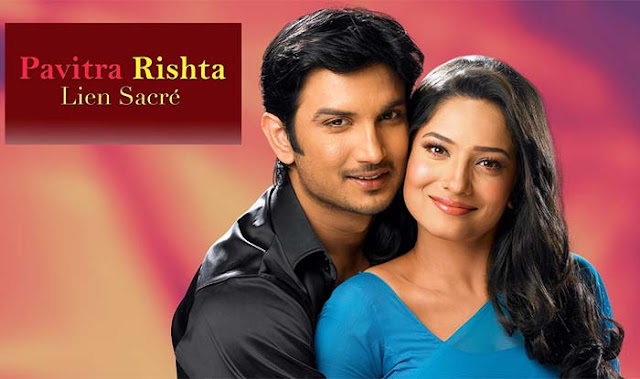 Coming to Pavitra Rishta which is a 2009 Indian soap opera, I have seen only some of the episodes of Pavitra Rishta but I have heard about this show a lot but by the time I thought of watching it, it went off the air. I am a huge fan of Sushant Singh Rajput who plays the role of Manav Deshmukh in the show, so I am looking forward to watching Pavitra Rishta online on ZEE5.

I am absolutely loving this idea of ZEE5 in which it is airing the some of the very amazing tv shows like these which are now off the air.

Now I don’t have to wait for the TV channel to re-air the old shows and I can watch as many shows and episodes of off-the-air shows as I please. Basically, anyone who wants to watch the old off the air shows needs to open ZEE5 and watch them online with their own convenience and liking.