: September 10, 2014 BY: Miss jo Comments: 0
Bipasha Basu In Namrata Joshipura
I still remember ‘Ajnabi’ movie which was the first movie of Bipasha basu where she looked very beautiful and her acting was appreciated a lot. However, the turning point of Bipasha Basu’s career as a Bollywood heroine came with her performance in Horror Thriller ‘Raaz’ where she showed best of her talent and charmed everyone with her beauty. The time when she entered the Bollywood industry, models were seen as a doubtful investment and there was a thinking which prevailed that ‘Models can’t act’ and they should not come to acting as they were seen as a plain face.
Though I was a kid at that time, I even don’t remember in which standard I was but somehow if I try to recall my thinking at that time then I will say that I felt the same way. Actually as a child most of my thinking was influenced by what others used to tell me and I was very influenced with what others had to say. 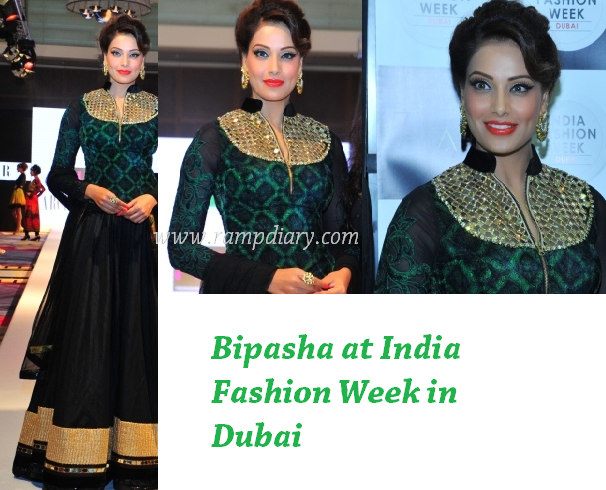 Coming back to Bipasha, she proved everyone wrong. Being dusky and with modelling background, no one took her very seriously at first but it was she who kept on doing the hard work and now is a very well known face of Bollywood.
Now coming to this fashion blog post, this time I am going to share two recent appearances of Bipasha Basu. In the first one, you can see her walking on the ramp at the Indian Fashion Week in Dubai(above) and in the second picture she is attending the promotions of her movie Creature 3D wearing Namrata Joshipura LBD with chic black pumps. 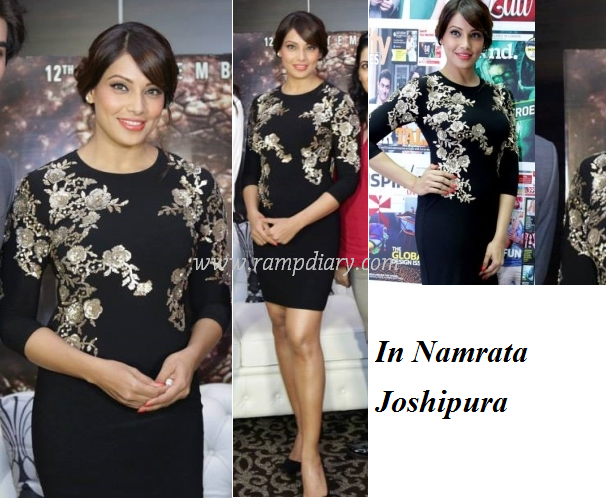 You can see her in more or less a same hairstyle in the both the looks which is a welcome change. Though, her look doesn’t impress me much. Overall the look was ok.
Do you find her impressive in these two outfits?
Image Credit: Facebook