Skip to Content
Home Fashion Dupatta, then and now!

Bollywood and Indian fashion are closely linked. Be it the famously notorious ‘choli ke piche’ or the evergreen classic ‘hawa me udta jaye mera lal dupatta mal mal ka’, garments always featured in popular songs. There are many other similar instances where fashion trends featured in songs or epic movie scenes. They in return have also influenced everyday fashion and even special occasion fashion trends. For instance, the saree worn by Madhuri Dixit in ‘didi tera devar deewana’ or the pinafore worn by Kajol in ‘Dil wale dulhaniya lejayenge’ influenced marriages and college fashion for a very long time. In this context it is the right kind of conclusion to arrive at that Indian fashion and Bollywood fashion are intricately interlaced. Something so popular has to be easy to shop and hence dupatta online shopping. 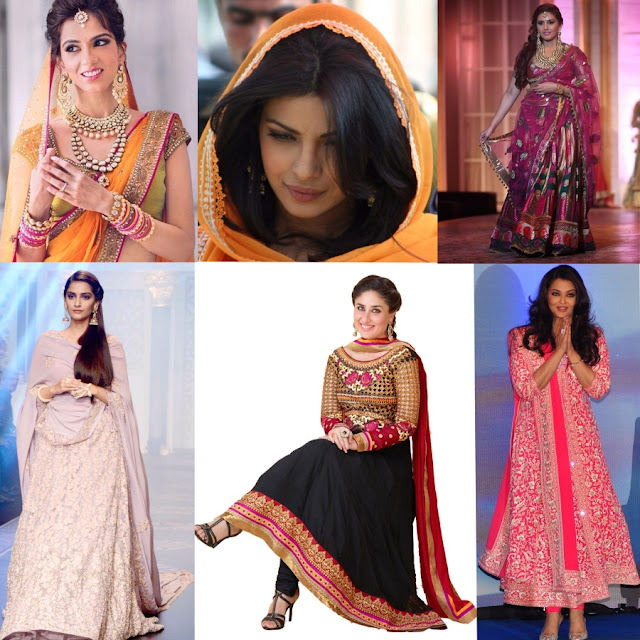 The dupatta especially is a piece of clothing that has inspired some ageless songs and timeless scenes. The dupatta itself is a very special form of clothing. The most popular meaning or use attached to the dupatta is modesty as it covers the upper torso of the female form. The common most usage of it is with women’s clothes like salwar kameez, ghagra choli or long dresses for women. However, since ages, the dupatta has featured in the wardrobes of both men and women. A little peek into our history will reveal the various uses the dupatta has been put to. Of course, it wasn’t always called a dupatta. It had its own variation of name and form across ages and times.


The earliest use of dupatta known to us is from the time of the Harappa civilization. It was used to drape over the left shoulder of men to twirl all the way back and emerge on the right hand wrist. It was symbolic of power, prestige and fame. Naturally variations of it were worn by royalty, priests and peasants. It is said that women of those times wore the dupatta with long dresses for women that fell gracefully on them. If only dupatta online shopping could help us teleport to those times of early use of the dupatta!!!! Well, that’s wishful thinking for some free time.

Since the early use of the dupatta to what it is today, the evolution of this piece of garment is tremendous. From being a modest addition to featuring on divas in fashion weeks both nationally and internationally, the dupatta has come a long way. Indian women use it as an accessory with salwar kameez, anarkali, churidar, Karachi kurta. Some of these are complete only with a dupatta. A high necked kurta or a kurti can do without a dupatta; even these when styled with a dupatta look feminine and graceful. There is something magical about the way the dupatta flares and twirls along with the garment.

The dupatta is a highly ergonomic garment. Along with being a style accessory it can be used to protect the wearer from harsh light or wind. It is akin to a stole in its usability. In fact, it is a longer and wider stole. Used intelligently, the dupatta can be quite a fashion statement along with being highly useful for sundry occasions. The dupatta has been put to great functionality by many college going students for various uses.

A dupatta can be a statement piece that can create a signature look. Heavily embroidered, patterned or printed dupatta teamed up with a simple straight block color kurta or kurti can be a sure shot head turner. No wonder it is part of show stopper looks of major fashion weeks of India.